Many citizens are concerned that cell towers will increase their exposure to “radio frequencies” and may have damaging health effects. Cell service technology uses the same technology that delivers radio and television broadcast, and enables baby monitor to work in your phone. Scientist throughout the world have continuously found that there is no public health threat from RF wireless emission. RF emissions from typical cell sites are a minuscule percentage (0.0001%) of what the Federal Communications Commission (FCC) allows. 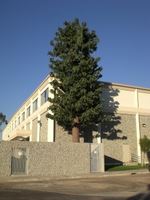 While public safety seems to be the public’s number one priority, when it comes to allowing new wireless infrastructure, man people do not realize that the lack of infrastructure may have an even greater public safety risk. Almost half of the 9-1-1 calls made in the United States today come from cell phones. Forty percent of children ages 12 to 14 have a cell phone with parents citing “safety” as the primary reason for providing the phone to their children. AARP reports that 56 percent of Americans over 65 own a cell phone for primarily the same reason. With the County of Orange launching programs such as AlertOC, to provide text information to individuals regarding disaster in their area, how can the residents of Orange County continue to fight wireless infrastructure in their area? At this point it truly is a matter of public health. If you cannot get a signal, all of those phones in place for “safety” become useless.