Due to the years of California watering restrictions and drought regulations, the City of La Palma did it’s part by limiting watering in the street medians, ultimately resulting in the lackluster appearance of vegetation in the medians. In December 2017, staff issued a Request for Proposal (RFP) for Median Island Landscape Evaluation / Design Concepts to redesign the medians to be more drought tolerant, aesthetically pleasing, and improve the health and safety of median trees. In May 2018, the La Palma City Council awarded the median redesign contract to NUVIS Landscape Architecture of Costa Mesa, CA.

The City of La Palma has five arterial street medians, consisting of 48 median islands for a total of 3.85 miles long, including: 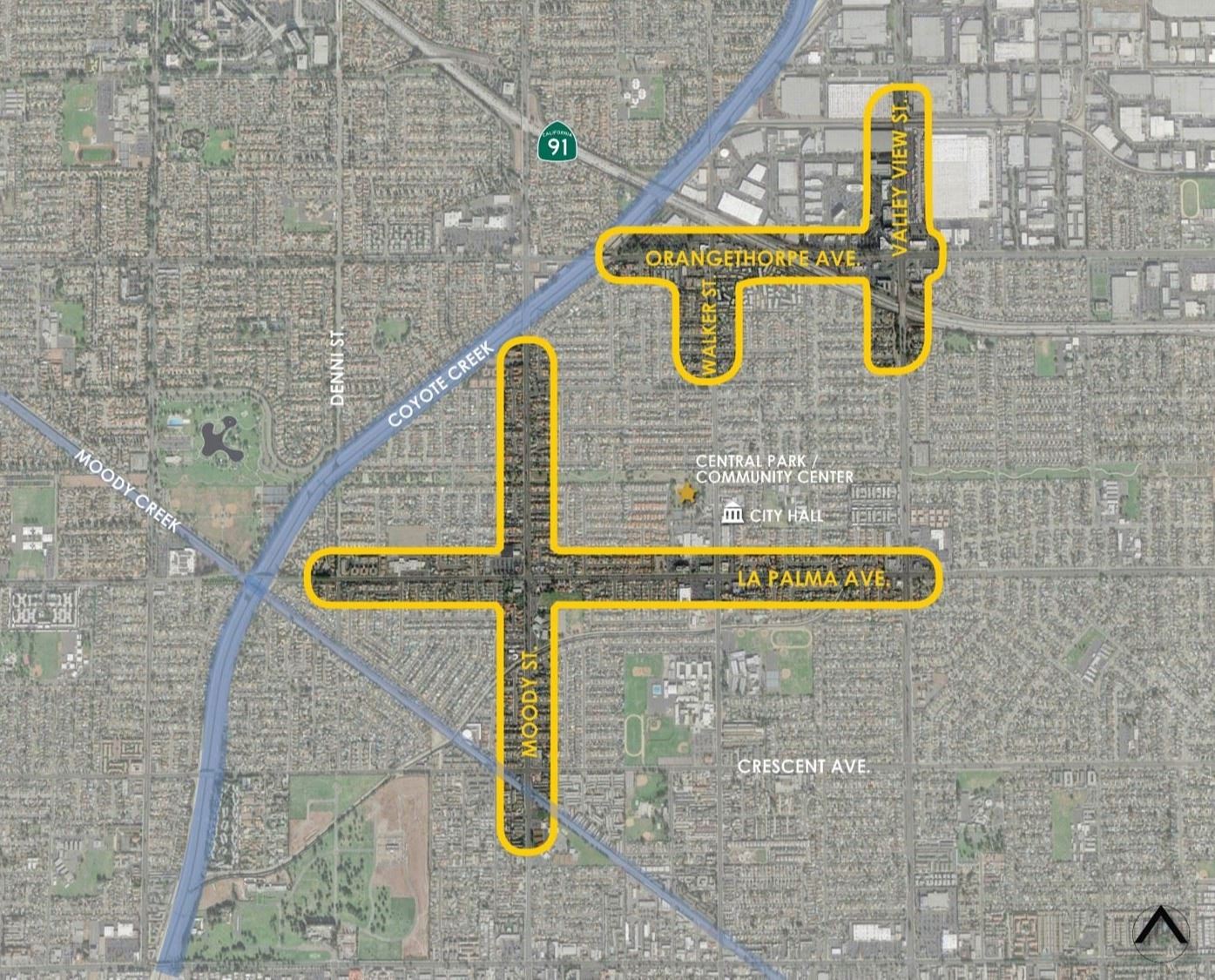 As part of the project’s scope of work, a certified arborist conducted a field surrey of the street tree’s condition on the five arterial streets. Based on that report and in further consultation with other certified arborists, it was recommended that a number of trees, both in the street medians and on the street sidewalks, be removed due to health and public safety concerns, and in some areas be replaced with new trees that fit the new median design and requirements of the City’s Tree Policy.

The first phase of construction will begin with the medians on La Palma Avenue, Walker Street , and Moody Street. An option to build two more medians on Moody Street from La Luna Drive to Malaga Drive will be included in the first phase. Additionally, some median trees will be removed due to community safety concerns and will be replaced with more appropriate species for medians. Construct ion for the first phase is expected to begin in spring 2020.

The medians on Orangethorpe Avenue and Valley View Street will be constructed at a later date due to other considerations with nearby developments and in cooperation with La Palma’s neighboring cities. 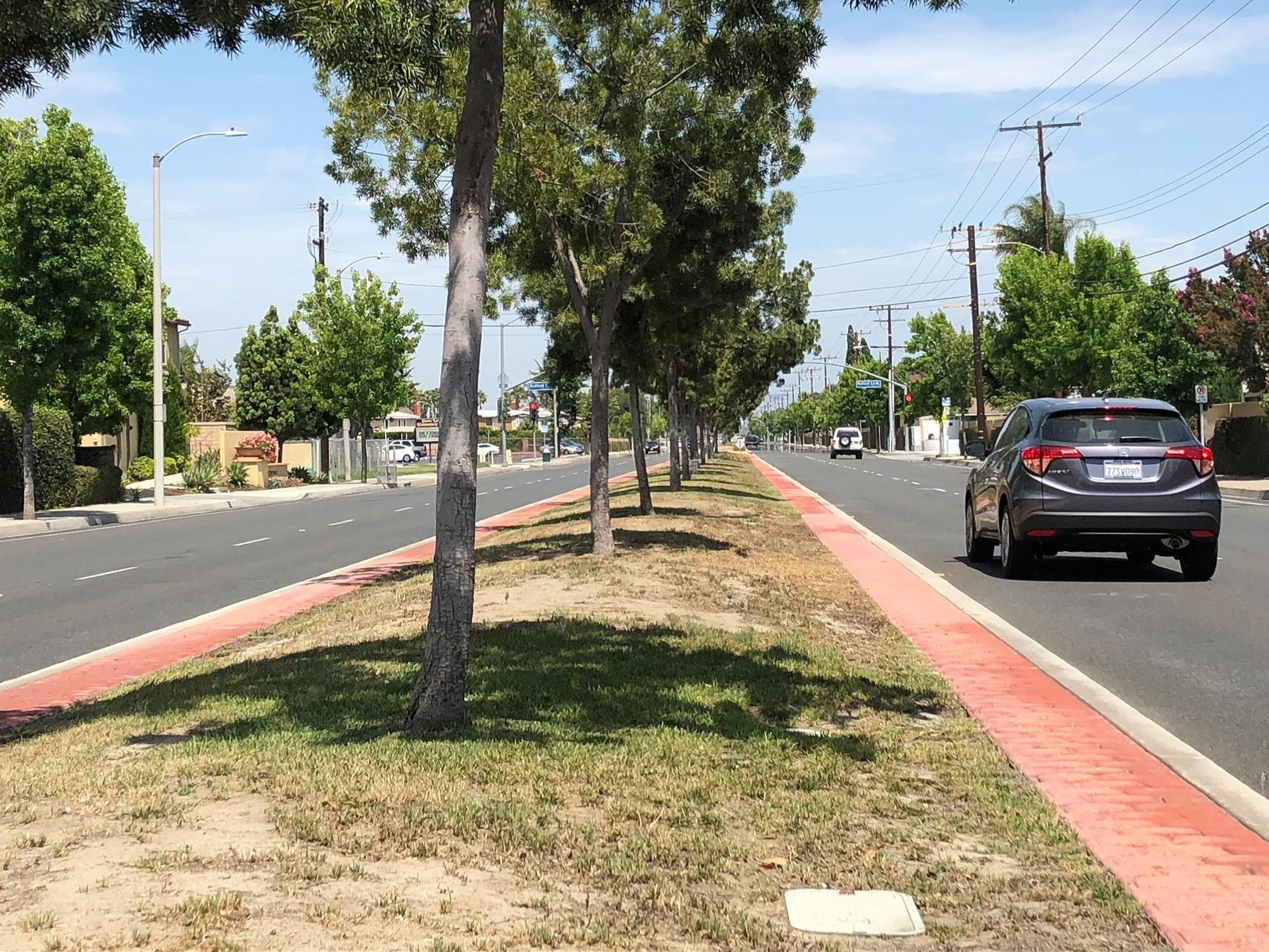 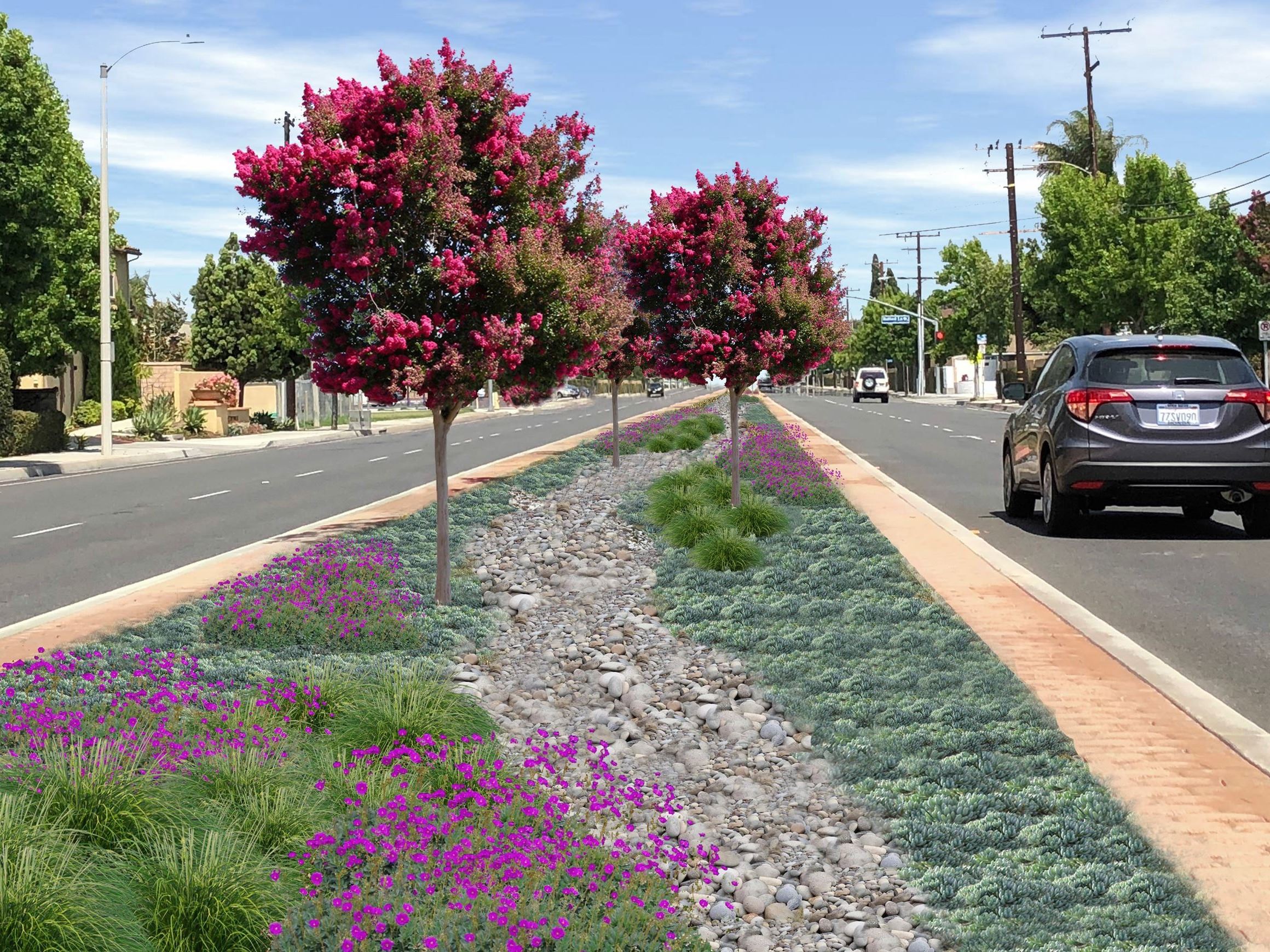 The goals of the project include reducing of water usage, improving visual appeal, and presenting a consistent design throughout the City. To meet these goals, the new design consists of a vegetation palette that includes a variety of drought -tolerant plants and trees with a cobblestone stream bed and a drip irrigation system to significantly reduce water usage and water runoff into the streets.